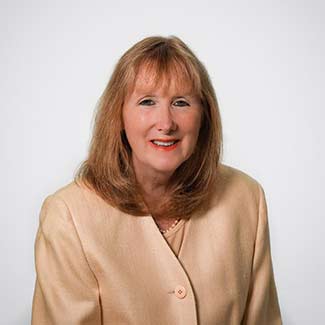 Toni Coleman, LCSW, CMC is an internationally known psychotherapist, relationship coach, and founder of http://consum-mate.com. As a recognized expert, Ms. Coleman is the featured relationship coach in The Business and Practice of Coaching, (Norton, September 2005.) In addition she authored the forward for Winning Points with the Woman in your Life, One Touchdown at a Time, (Simon and Schuster, November 2005.) She is frequently quoted in numerous publications, including but not limited to; Woman’s Day, Family Circle, Redbook, Glamour, Cosmopolitan, and Men’s Health magazines, and the New York Times, Wall Street Journal, Chicago Tribune, Washington Post, Miami Herald, and Indianapolis Star newspapers. Her expertise can be found online on over thirty top-ranked news, informational, celebrity, self-help, and dating and relationship sites including People.com, Match.com, CNN.com, Discovery.com, ABC News, AOL.com, and NPR.org. She has been a body language expert for TooFab.com, TMZ.com, Starmagazine.com, and People.com. Examples of her quotes can be found on her media page at http://consum-mate.com/newsroom.htm.

Ms. Coleman has been a frequent radio guest discussing timely and trending dating and relationship topics. From March 2005 until January 2006 she was a weekly contributing commentator (love and dating coach) on the KTRS radio morning show in St. Louis, MO. She was also a popular guest on The Woman when it aired on KXFN, also in St. Louis, MO. Her TV experience includes Channel 8 (Washington, DC), cable TV (Daily Café Live), and several spots for CNN networks that were picked up by over 250 media outlets around the country.

Ms. Coleman has authored articles for several lifestyle magazines including Going Bonkers, on whose cover she was featured. She has also written articles for a number of top ranked dating sites including Yahoo.com; and many of these have gone viral and attracted large numbers of visitors to her website, consum-mate.com. Toni’s Relationship News and all that Blog, which can also be found on Paperblog.com, is well ranked on major search engines. Her website has attracted the attention of many journalists, authors, and other self-help experts with whom she has networked and collaborated.

Ms. Coleman has guest hosted forums on eNotalone.com and northernvirginiamag.com.  As host of Ask the Expert on eNotalone, she has had over 10,000 viewers and participants per forum. From 2009 until 2016, Ms. Coleman was the Nonverbal Communication Examiner for the Examiner.com where she wrote about issues, events, personalities, and their corresponding relationship dynamics through the lens of nonverbal signs, signals and nuances. Ms. Coleman’s columns and articles can also be found on various social media channels comprising over 17 million subscribers.

Toni Coleman possesses a master’s degree in Clinical Social Work, a certificate in family therapy from the Family Therapy Institute in Alexandria, VA, a certification in Neuro-Linguistics Programming Techniques (NLP), is a certified life coach, and a trained divorce mediator. She is a Virginia licensed couples, marriage, family, and group therapist who has been in private practice for 30 years--19 of which she has also practiced as a life coach. She is an active member of The International Coach Federation and The National Association of Social Workers. In 2002, Ms. Coleman began to specialize in relationship coaching when she founded consum-mate.com—a popular website for people seeking self-help and help with finding, building, enhancing and repairing all of their significant relationships, from self to soulmate.  She lives in McLean, Virginia where she has raised four children with her husband Frank Coleman.